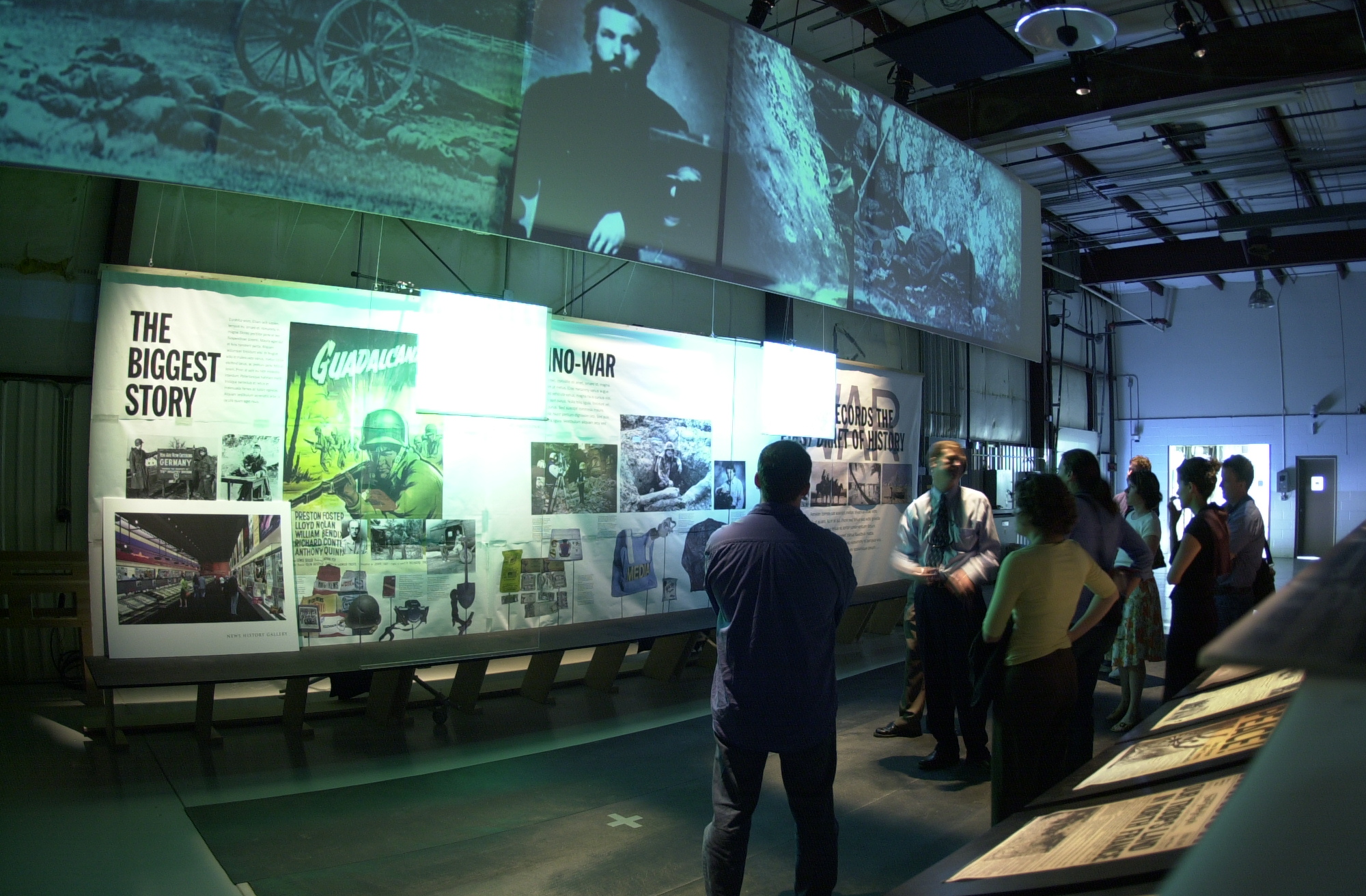 To get approval on an exhibit or software often takes some smoke and mirrors. Most senior stakeholders aren’t comfortable approval something they have to visualize internally. That’s where a prototype can be really helpful. It allows you or other people on the project to show the final product in a way the approver can understand right away.

When we were building the Newseum sometimes we would build full scale prototypes of exhibits (what you see in the image is just a prototype not a gallery), black and white prototypes of our kiosks where one screen had the full color. It was time consuming to build them but it was the most consistently successful way to get approval to put a product in development.

We also discovered that building the prototypes had the side benefit or exposing usability and story problems. That didn’t hurt either.

Image: A full scale mockup of part of the News History Gallery at the Newseum’s wharehouse space in Maryland